Review of the Year 2009: Climate change

The heat of the moment

Steam rises from oil refineries just before dawn over Edmonton, Alberta following a drop in temperatures earlier this month

Despite the crippling economic crisis, green challenges remained prominent on the political and public agendas during 2009. This contrasts with previous downturns, during which the environment has been generally relegated to the "to do later" list. The reason it didn't disappear this time is because it is ever more clear that "later" might be too late – especially in relation to the climate change challenge. Most serious politicians get this, so do many businesses. The question is can we convert this realisation into practical change?

Negotiations leading to this month's Copenhagen climate summit were conducted with this purpose in mind. Considering the divergent national interests that exist between the nearly 200 countries involved in this most complex UN process, it is perhaps not surprising that the science-based treaty needed to avoid the worst impacts of climate change is still elusive. The situation was not helped by the selective leaking of private emails from a few climate change scientists. 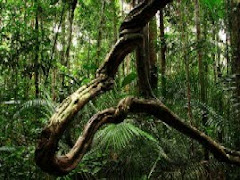